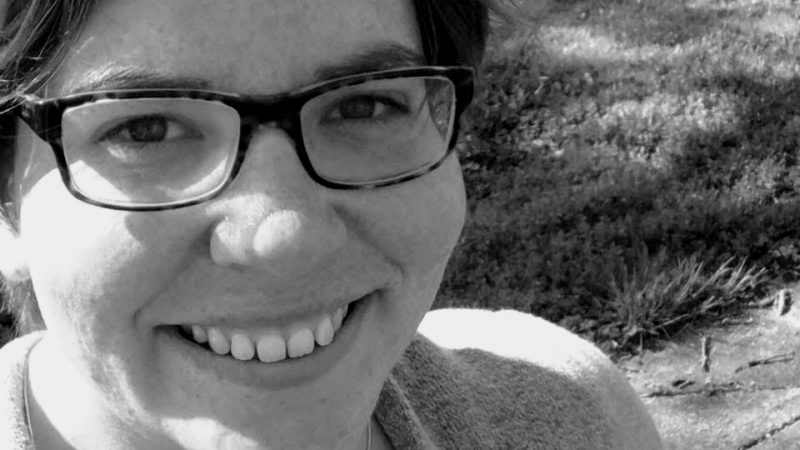 The Sisters of Charity Foundation of Cleveland knows that Catholic sisters have long been at the forefront of identifying and serving unmet community needs. In 2015, we launched Generative Spirit to grow the capacity of Catholic sisters and their ministries to develop the next generation of lay leaders. We are committed to uplifting the stories of sisters throughout Northeast Ohio, recognizing their role in the social fabric and their unique way of being, ministering and leading. Today, we highlight Sr. Eilis McCulloh, HM.

Weeks after returning from volunteering at our country’s southern border, Sr. Eilis McCulloh, HM, is still processing the experience as she settles into a new semester of law school. The Catholic sister, who is studying at The University of Akron to become an immigration attorney, admits her faith was challenged by the inhumane treatment that families experienced after seeking refuge in El Paso, Texas.

“I have to respond to that challenge by taking action,” she insists, recalling the unusually cold temperatures and snow, with hundreds of parents and children being transported in long white busses, abruptly dropped off in parks without adequate clothing. At the Annunciation House in El Paso, where Sr. Eilis served in the Pastoral Center, volunteers scrambled to provide food and medical care, while attempting to make connections with sponsors in the United States. The satellite shelter is intended to house people for a brief 48 hours, a temporary stop on their way to more stable housing. But many find themselves waiting three weeks or more as their legal and medical needs compound. 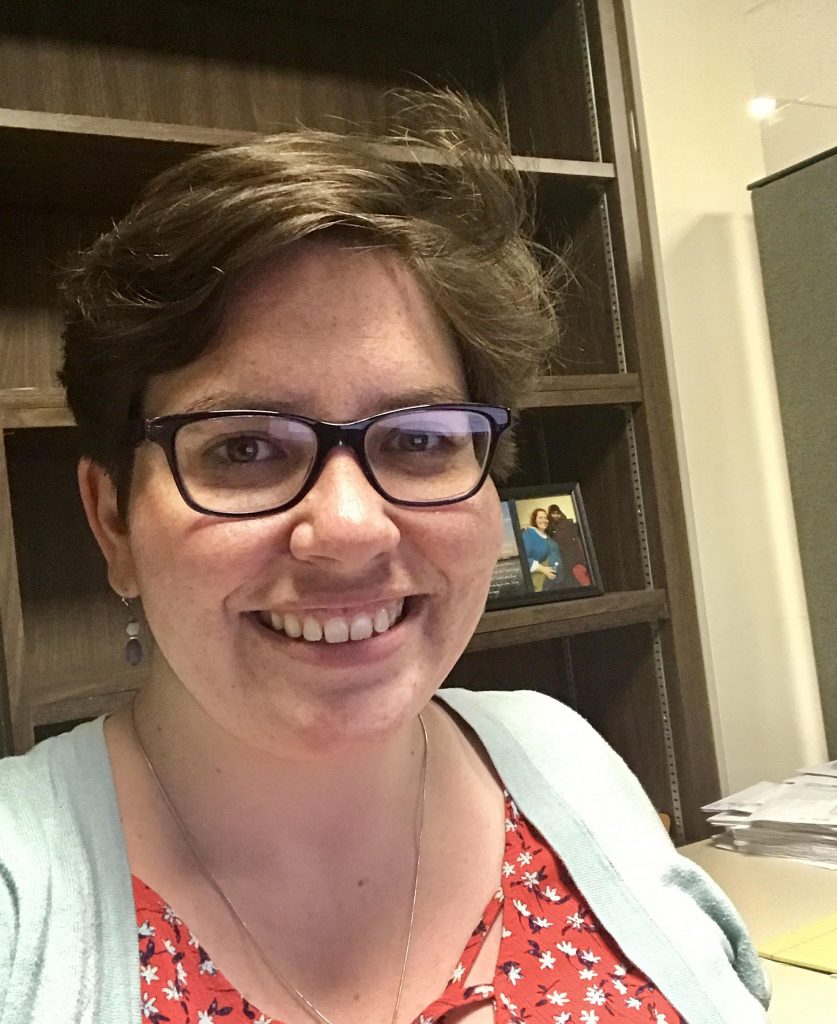 The support of her fellow sisters and lay partners is a source of strength and affirmation that Sr. Eilis said she could not live without. “I couldn’t do what I do without the backing of my community,” noting her two octogenarian roommates who have been doing this kind of work for decades with little public awareness.

The call to ministry and service was quiet but consistent for Sr. Eilis, known to many as “the young sister” in a time when generations of women religious are contemplating the future of their communities. Now in her 30s, Sr. Eilis grew up in a middle-class suburb of Youngstown, Ohio, a town most recognized for its Midwestern values and post-industrial economic decline.

During a stint in fundraising and development after college graduation, Sr. Eilis found herself frequently invited to retreats at The Villa Maria Education and Spirituality Center, where she enjoyed opportunities for renewal and reflection but not necessarily a nudge toward sisterhood. It was during one of these retreats in May 2010 that the young professional, unhappy with her present career path, was challenged to contemplate what might be possible if she had no fear of the outcome. In response, Sr. Eilis surprised herself by answering with a question, “What if I already know?”

By July of that year, she quit her job and moved in with family to help care for her aging grandfather while preparing for a year of service. In her mind, this wasn’t a call to spiritual vocation but more an opportunity to break away from a job she didn’t love and explore her growing interest in social justice advocacy.

As a case manager for a refugee resettlement program sponsored by the Franciscan Sisters of St. Cloud, Minn., Sr. Eilis committed to living for a year on a small stipend and serving St. Cloud’s most vulnerable residents. Together with Anab, a Somali woman, she learned to navigate the town and adapt to a new way of life.

“We were both newcomers in that city. Her English wasn’t very good. I didn’t speak any Somali at all,” said Sr. Eilis, noting that she gained as much as she gave during their time together —  including a deep, personal commitment to advocating for immigrants and refugees that would continue after her year of service came to an end.

Witnessing the unwavering faith and gratitude of those who had been displaced from their homes, jobs and families, Sr. Eilis began to challenge her own assumptions about religious vocation. One simple phrase comes to mind when she is asked about her decision to join the Sisters of Humility of Mary religious community. “It’s not a bad life,” quipped a Franciscan sister during her time of lay service when people often assumed that Sr. Eilis was already a sister. Something about those words resonated. From that moment, Sr. Eilis’ perspective began to shift, and she started to embrace her calling.

Nearly a decade later, Sr. Eilis’ faith journey and social justice advocacy continue in Northeast Ohio, where she is looking toward a more collaborative vision of Catholic sisterhood in the future. The sisters now recognize that much of their work will be carried on by leaders and activists in the secular community. “I am usually the only sister in the group,” she said about the places she’s assigned to serve, while still recognizing the spiritual nature of serving disenfranchised and underserved communities. “We are all bringing more abundant life to God’s people, especially the poor.” This is the spiritual gift and mission the Humility of Mary community is known for, a charism that has sustained and energized the work of Catholic sisters for more than 150 years and continues to guide their presence in the world today.