The Enduring Legacy of the Sisters of Charity of St. Augustine

There was an urgent need for health care for the poor when four women from France heeded a call by the bishop of Cleveland to come to the city’s aid. The year was 1851, disease was spreading through poor communities, and the number of children being orphaned was on the rise.

In France, these women were part of the Augustinian Sisters, and though it was a short-term mission for two of them, two remained in Cleveland — women who would become Sister St. Joseph and Sister Augustine. This pair became the founding mothers of the Sisters of Charity of St. Augustine, ministering here in Cleveland.

In the 166 years since, the Sisters of Charity of St. Augustine hasn’t wavered in its commitment to serving the health care needs of the poorest members of our community. In 1852, it opened the first public hospital in Cleveland, St. Joseph Hospital, which became the precursor to St. Vincent Charity Medical Center.

“From 1851 to today, we never left this mission,” says Sister Judith Ann Karam CSA, congregational leader of the Sisters of Charity of St. Augustine, a health care executive and pharmacist, who spent 15 years as the CEO of the Sisters of Charity Health System. “We are following God’s call to serve and heal. That’s what religious life is all about. We continue to seek God in everything we do and serve God’s people.” 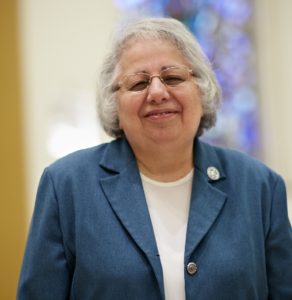 “Over and over again, we’ve gone out to the edges and ministered … where sometimes no one else has been willing to go,” says Sister Evelyn Flowers CSA, citing examples like the former St. Ann’s Hospital that served unwed mothers; Open House, a ministry for people dying of AIDS in the 1980s; and Joseph’s Home, a short-term residential facility for homeless men recovering from illness.

Although health care always has been at the core of the Sisters of Charity’s mission, it’s a field that has seen radical changes over the last three decades, leading to a series of joint ventures, collaborations and integrations.

“These foundation dollars enabled us to re-found a ministry of care for the poor, allowing us to have resources that could bring about systemic change and really impact people’s lives in expanded ways,” says Sister Judith Ann. “The foundations met our focus on health, defined in the broadest terms — psychological, spiritual and physical health.” 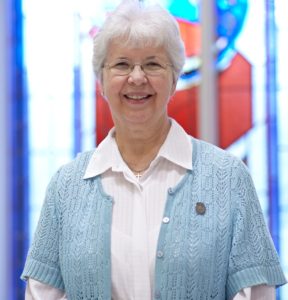 Sister Marian Durkin CSA, who joined the congregation in 1955 and currently serves as a member of the board of directors of the SOCF of Cleveland, believes that the opportunity to create the foundation was the perfect extension of the congregation’s years of ministry.

“The hospitals have a vital mission but can’t do what a foundation can do,” says Sister Marian. “A foundation can be so much more directly responsive to people in need. That’s exciting.”

When the first Sisters of Charity came to America, most health care delivery took place in people’s homes. Sister Judith Ann, who joined the congregation in 1964, sees the work being done by SOCF in leading a Promise Neighborhood in Cleveland’s Central community — the home of St. Vincent Charity Medical Center — as an example of how the foundation is building on the legacy of the sisters’ mission.

“Our approach is sitting down, asking what our neighbors think they need,” Sister Judith Ann says. “That’s the same thing we did when we stepped off the boat.”

Collaboration has also been a necessity since those early days, and Sister Judith Ann says the needs of the community today require strong partnerships to make progress.

“We can’t do it alone,” she says. “The people of Central are our partners, our funders are our partners — they are all there with us to make the Promise Neighborhood successful.”

Health care may be the ministry that the Sisters of Charity are most known for, says Sister Evelyn, also a SOCF board member and a lifelong teacher, “but I believe our foundations will be our strongest legacy.”

Today there are 31 Sisters of Charity, with 20 still active in ministry. The community also includes 68 laypeople who are considered associate members. With this order and others becoming smaller, there’s a movement throughout communities of Catholic sisters to combine resources and take action to ensure sustainability of their ministries.

“This ensures the sustainability of our Catholic identity and our ministries,” says Sister Judith Ann, who chairs the Public Juridic Person. She remains a national leader in the area of Catholic health care, recently ending her term as board chair of the Catholic Health Association.

Another important part of ensuring sustainability of the sisters’ legacy is the effort put forth from the foundation in building partnerships with other organizations, says Sister Evelyn: “The foundation stays intimately involved in the people they fund. We really care about what they’re doing, and the people who work with us are so dedicated to this mission.”

So what would those earliest founding sisters have to say about the work being done by the Sisters of Charity of St. Augustine today?

“We have been pioneers since the beginning,” says Sister Evelyn. “I think our pioneer sisters who came here and started the health care system in this area would be so proud that we are still doing that kind of pioneering work today.”