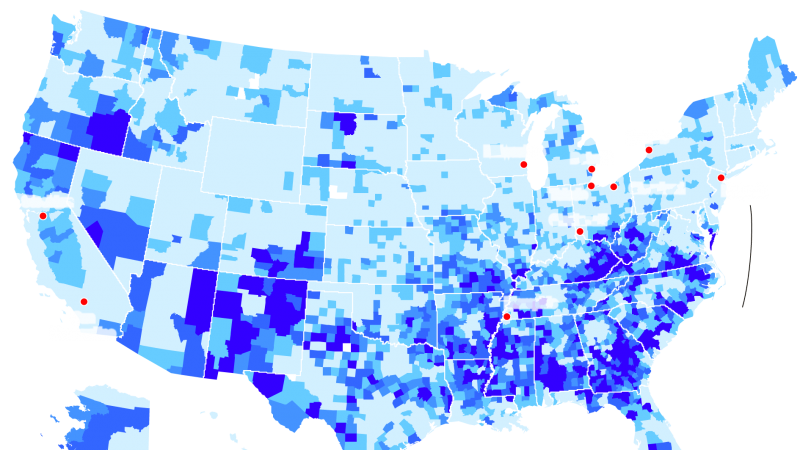 As published in a February 24th story by the New York Times (Poorest Areas Have Missed Out on Boons of Recovery, Study Finds), the most prosperous communities in the United States have gotten richer since the end of the Great Recession in 2009, while economic conditions in many distressed areas have deteriorated even further.

A new report by the Economic Innovation Group, based on an analysis of Census Bureau data, found that a number of cities in the old industrial heartland, including Cleveland, are still among the worst even as surrounding areas have improved markedly.

The Sisters of Charity Foundation of Cleveland sees growing inequality and the inability of entire segments of the population to advance economically as key issues of our time.

Northeast Ohio has experienced economic growth without sufficient economic opportunity. Real economic growth in the U.S. is systematically stronger and more sustainable in places where more people share in the opportunities being created. Thus, there exists not only an ethical imperative, but an economic imperative to support strategies that advance economic growth — job, income and output growth — and increased access to opportunity.

The Fund for Our Economic Future, of which the Sisters of Charity Foundation of Cleveland is a funder and member, is advancing an approach known as Growth & Opportunity to grow our region’s economy in ways that create more opportunities for all people of Northeast Ohio. The Fund’s three-tiered growth and opportunity framework seeks to bridge the “growth” and “opportunity” disconnect through strategies that advance job creation, job preparation and job access.

To be successful, these strategies must be connected, and they must also connect local communities — particularly those in economic distress — to the regional economy. Ultimately, what the Fund is striving to build is shared understanding that economic growth is more sustainable when all people can benefit from that growth; a common agenda to advance job creation, job preparation and job access; and aligned actions that achieve measureable and meaningful outcomes that are consistently tracked and reported.

Learn more about the Fund for Our Economic Future and its approach to growing our region’s economy in ways that create more opportunities for all people of Northeast Ohio.