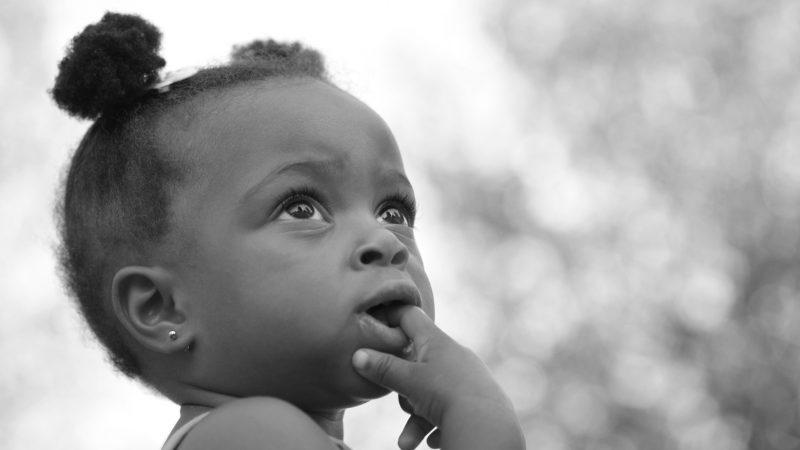 Sisters of Charity Foundation of Cleveland has been a funder and supporter of the Cuyahoga Partnering For Family Success program since its creation in 2014. Now that the five-year Pay for Success-model program is complete, partners have announced the results, which include several relevant lessons learned. Below is an article published on Cleveland.com that highlights the program’s successes. For more information, read the Partnering for Family Success press release.

By Rachel Dissell, The Plain Dealer

CLEVELAND, Ohio — The leaders behind a first-of-its-kind social investment project say that the experiment ultimately did not hit its intended goal: reducing the number of days children were in county care.

That means that the local and national investors will not be repaid now that the 5-year project has ended.

But the program, which provided intensive services to Cuyahoga County families that experienced housing instability or homelessness, did yield some unexpected results that could be meaningful for helping reunite more African American children in foster care with their parents, according to a third-party evaluation.

“We uncovered what is possibly a best practice for African American families experiencing homelessness and who have system involvement,” David Merriman, interim director of Health and Human Services, told The Plain Dealer.

That lesson is particularly important, Merriman said, because African American children are overrepresented in the child welfare system: 30% of children in Cuyahoga County are identified as black but they represent 64% of children in foster care.

The results are tempered by a significant number of children who returned to foster care, even if temporarily, during the process or once the services were no longer available. Stable reunification was hardest to achieve for families with a larger number of children and families that experienced ongoing domestic violence issues.

Cuyahoga County’s Pay for Success project, when launched in 2014, was among the first such experiments with social impact financing in the country to seek investments from private or nonprofit organizations willing to take a calculated risk that innovative services could reduce costs.

Despite a decade-long drop in the number of children being placed in foster care, the county at the time was still spending $50 million a year on what it calls “out-of-home” placements, most of which are foster care but also can include residential treatment or placements with relatives. (Foster care placements subsequently increased again as the opioid crisis worsened.)

At the time, the county was seeing success with its Housing First Initiative, which for adults addressed housing instability along with mental health and substance abuse needs. Leaders wondered whether a similar model could address the needs of families whose children had been removed.

Local foundations routinely invest in social services but the chance to innovate was needed to draw national investors, Marica Egbert, a senior program manager at the Gund Foundation, said.

That set in motion a process to look at outcomes across large sets of data that included child welfare cases and homeless center intake and to ask: How do we interrupt this trajectory?

The hypothesis was that if families were provided with housing, case management for mental health or substance abuse needs, transportation assistance and in-home therapy, that the number of days children were separated from their parents in county placements could be reduced, potentially up to 25%.

Under the plan agreed upon by investors, the county, and social service providers, the investment and any additional savings up to a million dollars would be returned.

The majority of the investment funds went to service providers, with about a quarter paying for design, administration and evaluation of the project.

At the end of 5 years, though, the savings did not materialize.

The Center on Urban Poverty and Community Development at Case Western Reserve University was hired to evaluate the project and found no cost savings after studying the results for the 273 caregivers and 540 children who were eligible for the project.

The caregivers were randomly assigned to conventional services through the county’s department of Children and Family Services, or to receive services coupled with support from FrontLine’s Service’s Partnering for Family Success program.

Evaluators found that children whose families got support from FrontLine, on average, spent virtually the same number of days in foster or out-of-home care. Sometimes, they spent slightly longer.

FrontLine’s workers saw success in helping families reunify, even if it didn’t happen more quickly, according to the evaluation.

“Barriers that the families faced were often just so steep,” Dana Santo, director of Family and Young Adult Services at FrontLine, said.

Housing, she said, was among the easier obstacles to overcome for most of the parents because of relationships FrontLine had forged with the Cuyahoga Metropolitan Housing Authority, EDEN Inc. and other agencies to find places for families to live.

Once parents were stable, it took longer than anticipated to address the often-complex set of needs they had, Santo said.

That included workers motivating parents to move through steps in a county case plan, attending visits with children, going to medical appointments or court hearings, and connecting parents with community services that provide food, clothing and furniture as they re-established their households.

Santo said this “walking through” the process with parents let them know “they weren’t alone, so they could feel some hope.”

Parents and caregivers interviewed by researchers overwhelming said they felt support from FrontLine workers who helped them overcome obstacles with the system and accessing community resources, whether they were reunified with their children or not.

One caregiver who was reunified with her children described the support this way: “I had somebody fighting for me and what was best for my family. Instead of feeling like I was always up against somebody, I had somebody behind me, for once.”

As part of the program:

FrontLine workers used a method that included both case workers and therapists to stabilize immediate needs of a caregiver and then provide ongoing trauma services to the parents and children at each step of the process, Santo said. They help parents build skills to strengthen relationships with their children and to keep them safe once they return home.

After families are reunited, that therapy continued at home to help children share with parents their experiences, fears and anxieties and to help parents respond appropriately.

For parents, that could include balancing how to be warm and comforting but also setting boundaries and rules.

Some of that work is done in therapy but it also included coaching on how to use activities, like playing board games, to build bonds, Santo said.

Even with that support, reunited families continued to face challenges with housing, which was often viewed by parents as temporary or restricted to neighborhoods with high levels of violence and drug use.

Children whose families got the extra services went back into county care, at least temporarily, 27% percent of the time or nearly twice as often families whose cases were handled only by county workers. This happened most often for families served during the first year of the project and for families with a higher number of children.

Ongoing domestic violence was also a significant factor for children returning to the system, along with caregiver drug use, researchers found.

Sixty-nine percent of the families served reported domestic violence issues that were current, in past relationships or generational.

That high of a co-occurrence of domestic violence and housing instability was eye-opening, Merriman said.

FrontLine workers were able to work on safety plans with caregivers who may have been reluctant to share detailed information with county case workers.

“They could talk to us about that,” Santo said. “About if, ‘He returns and tried to harm you, how can we make sure things are safe?’ ”

In some cases, FrontLine was able to partner with CMHA to help move a mother away from an abuser.

Even so, progress with African American families was significant and shouldn’t be discounted, according to the evaluation completed in January and co-authored a team that included David Crampton and Robert Fischer, associate professors and researchers at Case. Though it is harder to financially quantify as a measure of “success,” it could result in longer-term system savings, according to the report.

Since the project was conceived, much has been learned about social innovation-motivated investments, said Mark McDermott, a vice president at Enterprise Community Partners, which administered the program in consultation with Third Sector Capital Partners, a Boston-based firm.

The Pay for Success model was in its infancy when the program was among the first in the country, and the first launched at the county level.

Now, he said, it would be unlikely to use a single metric, like days in foster care, to measure success of a response to such a complex problem.

One thing that is clear, Merriman said, the FrontLine workers did an amazing job of connecting and building relationships with families that were struggling with multiple issues.

Child welfare workers, he said, have one of the hardest jobs in society, trying to assess and make decisions about the safety of children.

FrontLine, he said, offered another set of eyes, and their ability to advocate gave families and children hope.

Despite some early bumps and issues with communication, they built trust with county workers and the families and moved toward reunification, which is always the first goal when possible.

“It was powerful but difficult to quantify,” he said.

Most of the county caseworkers interviewed also saw the FrontLine program as helpful. FrontLine workers had smaller caseloads, access to more resources and were able to connect with parents as advocates and not be viewed as adversaries.

“I think that empowers the parents, and you know kickstarts them, so to speak, into believing in themselves,” one county caseworker said.

At a higher level, the county and program service providers and administrators, meeting once or twice each month to review cases, also made adjustments along the way based on lessons they learned.

The program was expanded to include fathers and other caregivers.

The county also recognized that families experiencing homelessness were at-risk to lose benefits because they didn’t respond to mailings when they were homeless, had to move or in some cases could not read.

It added a Job and Family services worker at the downtown Virgil E. Brown building to specifically assist those families.

The project also initially enrolled qualified families starting in 2015 and ending in 2017. The county continued services available to some of the families that made progress toward being reunified or becoming stable through part of 2019.

The county, Merriman said, is looking at continuing the FrontLine Service program for at least a year, with an option to extend, to see if the results for reunifying African American families can be replicated and to dig deeper into questions that remain.

Egbert, of the Gund Foundation, said she was “thrilled” that the county might maintain the services, which put a focus on historically marginalized families with complex needs that have high-cost to the system and who haven’t had great experiences in the past.

The foundation is almost always in the business of taking risks and trying to be forward looking as it uses money to tackle complicated and longstanding problems, Anglin said, because there’s not enough money to go around to support all programs, so there’s a need to partner and to innovate.

“We did get a return on our investment when it comes to learning,” she said. Especially around helping African American families in a way that look at the needs of the whole family, she said.