The Sisters of Charity Foundation of Cleveland Board of Directors member Judge Michael John Ryan, a judge in Cuyahoga County Juvenile Division in Ohio, was recently featured by NPR and Story Corp. He talks about his upbringing as well as his relationship with his teenage son, click here to hear his interview.

A Difficult Childhood Inspires A Dad To Do Better 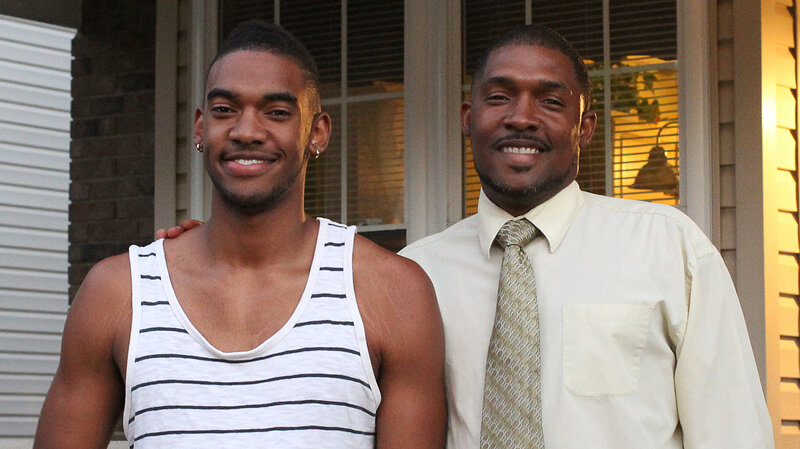 Pictured above: Michael B. Ryan, 19, a sophomore at Ashland University, and his father, Michael J. Ryan, 45, a judge in Cuyahoga County Juvenile Division in Ohio.

Michael Ryan, 45, is a juvenile judge in Cleveland, Ohio. And like many of the kids who end up in his courtroom, he didn’t have an easy childhood.

He adored his mother, he tells his son — also named Michael, 19, at StoryCorps in Cleveland, but she was addicted to heroin.

“My mother and my stepdad, they were more concerned about that next high than necessarily whether or not we were going to school,” he says. “I saw a lot of things that kids should not ever witness. I saw your grandmother being thrown up against walls, slammed on the floor, slammed outside on the concrete.”

He tried to escape by playing outside and going to the library to “read every single book that they had in there — to find a way to escape from reality.”

“When you were born, aside from the doctors, I was the first person to hold you, and kiss you, and talk to you,” he says. “I would give you the shirt off my back, my underwear, my socks, I would go stark naked just so that you could be clothed. And I make sure that you eat before I eat, no matter what.”

His son asks whether that’s why he gets upset when he skips breakfast.

“Oh yeah, because there were many times when I was little that we just didn’t eat,” he says. “And I think that is why I’m probably tougher than some other parents.”

“You’re sometimes overbearing, but I know where you’re coming from, Dad,” he says. “I have your name, so I have to set a good example. Only times I want to see you is at home, at my games. I don’t want to see you in court.”

“I’ve told you many times, I want more for you than I do for myself,” father tells son. “You have been a wonderful son, and I love being your dad.”

“I love being your son.”

StoryCorps is a national nonprofit that gives people the chance to interview friends and loved ones about their lives. These conversations are archived at the American Folklife Center at the Library of Congress, allowing participants to leave a legacy for future generations. Learn more, including how to interview someone in your life, at StoryCorps.org.