Follow Us:
Listen to the Generative Spirits podcast on Anchor or Spotify at the links below:
In the December episode of Generative Spirits, we recognize and remember the 40th anniversary of the murder of four Churchwomen in El Salvador: Catholic Sisters Dorothy Kazel, Ita Ford and Maura Clarke, and laywoman Jean Donovan. The women served in El Salvador during a time of great political unrest that was fueled by financial support from the United States to the Salvadoran government.
On December 2, 1980, the women were abducted and killed by the Salvadoran military for their ministry to those living in poverty. They were targeted for accompanying refugee families who were victims of the escalating violence and oppression that eventually led to civil war. The people of El Salvador suffered horrific violence during this time, and many religious men and women who stood in solidarity with them, including Saint Oscar Romero, were killed.

To learn more about the Churchwomen and their courageous story, Rachel and Margaret spoke with Ursuline Sisters of Cleveland Sr. Martha Owen and Sr. Rose Elizabeth Terrell. In honoring the Churchwomen’s legacy, we discuss their lives, their connection to Cleveland, Ohio, and the ongoing work for justice and nonviolence they inspired.
Sr. Martha Owen, OSU, was mission partners with Sr. Dorothy Kazel, OSU, beginning their time in El Salvador in 1974 as part of CLAM (Cleveland Latin American Mission Team). They lived and worked together for five years in El Salvador.
Sr. Rose Elizabeth Terrell, OSU, began her time in El Salvador about 30 years after the murder of the Churchwomen and worked in community in a rural mountain town. She also provided opportunities for others to visit the site of the murder and to pray in community, carrying on the legacy of the Churchwomen.

Important resources and references for this episode:

Thanks for tuning in. If you have questions, feedback, or an idea for a future episode, please reach out to Rachel Drotar at rdrotar@socfcleveland.org. 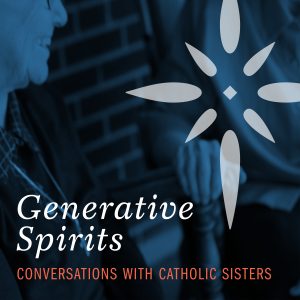