Sister Judith Ann Karam, CSA recently penned the following reflection about Pope Francis and his visit to the United States in 2015, which was published in the December 15 issue of Catholic Health World.

The full text of her reflection is posted here:

Through its ‘culture of care,’ ministry supports Pope Francis’ call for change

On Sept. 23, I had the privilege of being present on the White House lawn at the welcoming event for Pope Francis. Sr. Carol Keehan, D.C., and I had very good seats to view the ceremony and to hear both President Obama and the pope speak. It was remarkable — the experience of a lifetime.

At the time, I was struck by the impact this ceremony was having on so many of the thousands present and the millions watching nationwide. Military bands played as color guards marched into position on the South Lawn. An announcer introduced Vice President Joseph R. Biden Jr., Secretary of State John Kerry and other dignitaries as they came out of the White House and took their seats by the stage, where U.S. and Vatican flags flew. At 9:15 a.m., a band struck up “Hail to the Chief” and the president and first lady came onto the podium to the crowd’s enthusiastic applause. In the midst of the pomp and circumstance, and mounting excitement, the announcer introduced Pope Francis, who, with significant humility and grace, slowly walked to his place on the dais. The crowd let out a deafening and prolonged roar. People shouted greetings. It was a hero’s welcome to God’s instrument on earth — a man who stands for the mission and values that we embrace each day in Catholic health care.

His words, spoken in halting English, were of mercy, of reconciliation, collaboration, respect for the dignity of the human person, care for the poor, the common good, abandoning violence, embracing peace and living in faith. His very presence and the messages he proclaims — a call to love all, find common ground and live with simplicity and joy — are enthusiastically embraced by people from all walks of life. With his words and his actions, Pope Francis is blazing a new path for the Catholic Church and showing the people of the world a way to turn from a frenzied consumer culture, put aside divisions and search for deeper meaning in life.

Here we are in the season of Advent, preparing to welcome again in our hearts the baby Jesus, who was born in simple circumstances but brought transformative messages of peace, joy and love. His life and healing grace serve as the model for this ministry and are the essence of the mission of Catholic health care. Jesus found people in need of healing in heart, mind and body in so many different places and circumstances. He was rebuked by the Pharisees and others who found his preaching and healing to be strange, threatening and revolutionary. I would say Jesus was dramatically countercultural in his time. He ended his life hanging on a cross, proclaiming his love for each one of us.

More than 2,000 years after the birth of Jesus, a lot of how we as the Catholic health ministry approach our mission to heal the sick, maintain people’s health, serve the poor and promote social justice can still be said to be countercultural.

With his call to care for the poor and the planet, the pope brings Jesus’ revolutionary message of hope to the contemporary world. In his televised speech to a joint session of Congress, the pope spoke of promoting unity in society through just legislation and of the responsibility of politicians to come together for the common good, a concept he called the “chief aim of all politics.” Pope Francis called on all of us to take courageous actions and make responsible efforts to create a “culture of care” and an “integrated approach” to combat poverty, restore human dignity and respect for the environment.

As we experience and shape the transformation in health care, our mission is the same as the pope’s. With courage and strategic thinking we find ways to focus on the poor in our midst, to creatively and collaboratively continue the healing ministry in a new normal of care and to respect the human dignity of all.

Let us follow the baby Jesus, born of simple means in a stable, and bring healing and love into the world. Let us live the message of Francis, who walks with humility and calls for building a culture of care and a community that shares its justice, peace and prosperity.

May all in our Catholic ministry of healing be filled with joy and peace this Christmas season. God sent his Son and Francis to show us the way. 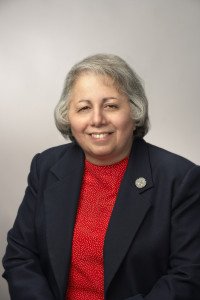