Study: Number of U.S. women religious about the same as a century ago

On December 9, FADICA (Foundations and Donors Interested in Catholic Activities) released a comprehensive report of the latest sociological studies of U.S. Catholic sisters. Understanding U.S. Catholic Sisters Today presents findings that Catholic sisters are hopeful about their future, unified amidst diversity and attracted to the joy of consecrated life.

As noted by the National Catholic Reporter, Understanding U.S. Catholic Sisters Today opens with information that will jolt some assumptions about the state of religious life: The number of vowed women religious in the United States today is approximately the same as it was a century ago — just under 50,000. A deeper look at the statistics exposes some significant differences between then and now, but it also shows that the church of the mid-20th century, often held up as the ideal to which the church today should aspire, was a short-lived bump on the demographic landscape.

The comparison with the past, the report says, should dispel the “excessive pessimism” that often accompanies discussion of the future of religious life, which tends to focus on the fact that the number of U.S. sisters has decreased by 72.5 percent during the past half-century. The number has dropped from a high of 181,421 in 1965, and of the nearly 50,000 remaining today, only 9 percent are younger than 60.

“Many U.S. Catholic women are still drawn to religious life,” according to the report. “There are approximately 1,200 women in formation at the present time, a number that includes 150 women in contemplative monasteries and roughly 1,050 women preparing to be sisters.” In addition, it notes a recent study by the Center for Applied Research in the Apostolate (CARA) at Georgetown University that found that 8 percent of never-married women born after 1981 have “at least a little seriously” considered a vocation to religious life. Of those, 2 percent have “very seriously” considered becoming a religious sister. In all, the percentage “translates to more than 250,000 never-married women.”

Understanding U.S. Catholic Sisters Today comes during the Year of Consecrated Life, in which Pope Francis called on religious to: look to the past with gratitude, to live the present with passion, and to embrace the future with hope. The FADICA study finds that this outlook has already taken root among American Catholic sisters.

Alongside the release of the report, FADICA created wearesisters.net to share resources to support, engage or become a Catholic sister.

For 40 years, FADICA has served as a philanthropic network committed to supporting Catholic activities and initiatives, especially those that support the Church and aid the poor. The Sisters of Charity Foundation of Cleveland is a member of FADICA, and shares the organization’s devotion to supporting the ministries of Catholic women religious. 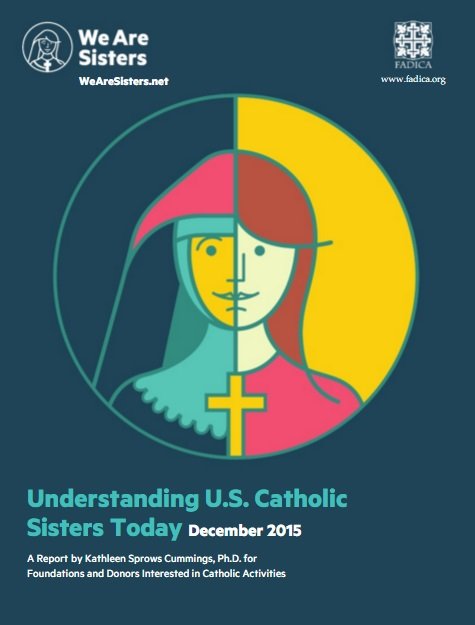 FADICA (Foundations and Donors Interested in Catholic Activities) is a nonprofit member association that works to strengthen and promote Catholic philanthropy.

FADICA provides continuing education to its network of foundations and donors supporting Catholic-sponsored programs and institutions.